The sister bike to the Honda CB450, the CL450 is the dual sport or "scrambler" model of Honda's 444cc DOHC parallel twin engined motorcycle. Although the difference between both models are mostly cosmetic, the CL450's higher pipes, braced handlebars, and aggressive styling were better suited for off-road riding.

Initially available in kit form for the 1967 CB450, it was officially released in 1968 as the CL450K1 "Scrambler" in silver, candy red and candy blue colors (only the tank and air filter covers were painted). This year also saw the addition of a 5-speed gearbox, an upgrade from the older 4-speed.

The CL450 remained much the same through 1974, though diverged further from its sister bike as time went on. While the CB450 went to a front disc brake in 1970, Honda decided to keep the CL450 with its two drum brakes. Disc brakes were fairly new technology on motorcycles, and unproven in off-road riding. The CB450 was replaced in 1975 when Honda increased the displacement of the engine and renamed it the CB500.

The bike remains popular today among enthusiasts, and many are still in use in flat track racing or have been modified into cafe racers. 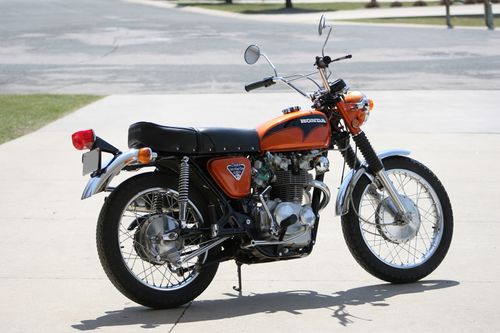 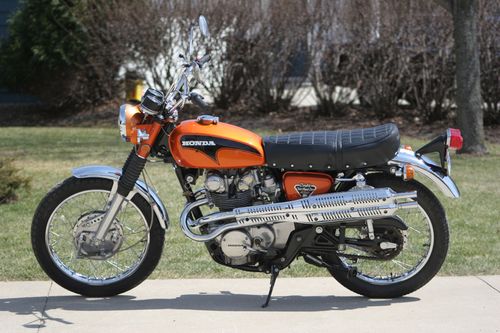